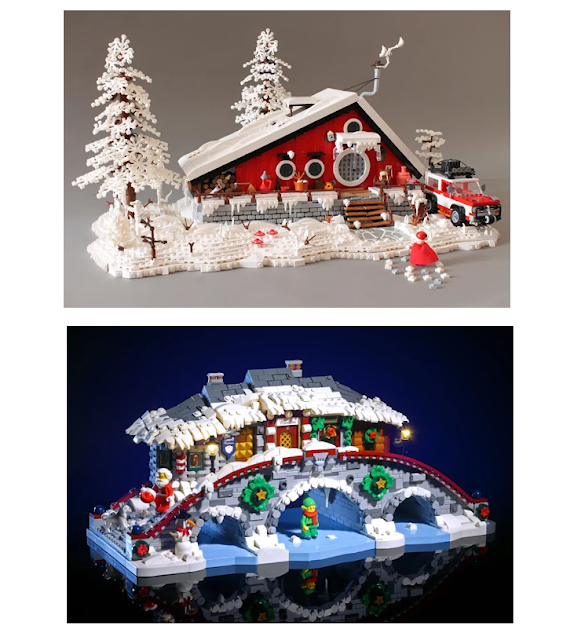 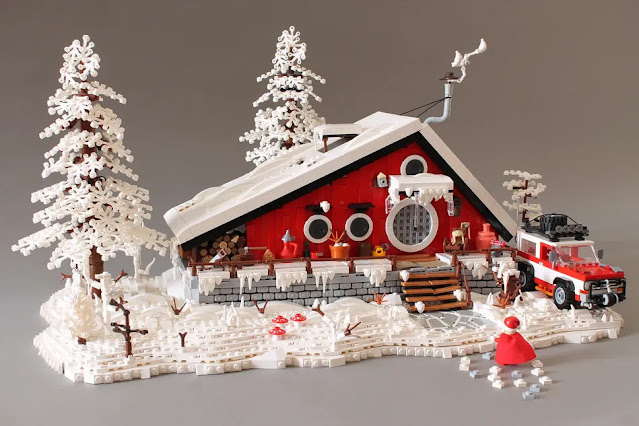 It’s starting to look a lot like Christmas...
As usual in this period it's time for a Christmas themed creation and here it is Santa's Cottage, a cozy shelter for Santa who is preparing his worldwide tour for delivering gifts.
About the set
Santa's Cottage features a classic Xmas color scheme, an uncommon shape and an unconventional doors/windows style. The main feature is probably the asymmetrical roof with a very sloping shape to the left. The woodshed is located under the excess roof. The red/white/black color combo is simple but effective, and the snowy trees in the background match well.
Last but not least, the door and windows are round, a shape rarely spotted on a cottage, but quite common in Hobbit houses.
Santa, who is coming home from a relaxing walk, has also a nice off-road vehicle painted with a color scheme matching with the cottage. You can spot it on the right.
Playability at its best!
The set is full of details, funny building techniques and utensils. The base is made with many white plates and wedge plates that make the surface uneven and give the idea of fresh snow.
In front of the staircase to access the house, there is a nice outdoor flooring made with many light bluish gray slopes of different sizes, among which I have inserted white tiles to give the idea of porphyry. The effect is very pleasant.
All around there are trees, plants, and a couple of shrubs, they are all covered by the snow. The dry stone wall that supports the house is made from many hammers, a technique I have used in the past. The terrace is chock-full of objects and utensils which make the whole set very playable.
There are lots of other hidden details here and there, have fun finding them!
If you've always dreamed of a Santa's Cottage like this now you can build it and have fun!
With your support, hopefully we can turn the Santa's Cottage into an actual LEGO IDEAS set.
Thank you all for your support, comments and shares! 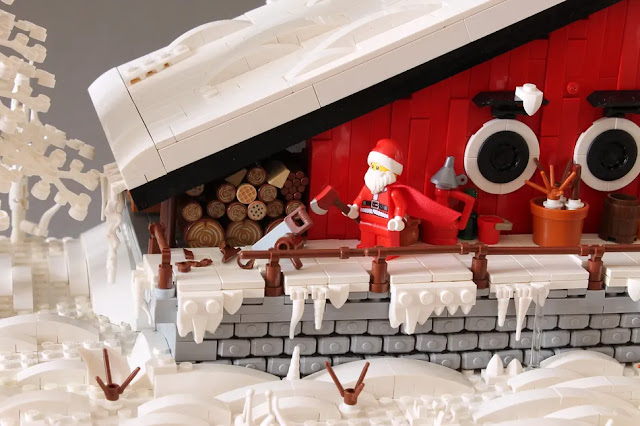 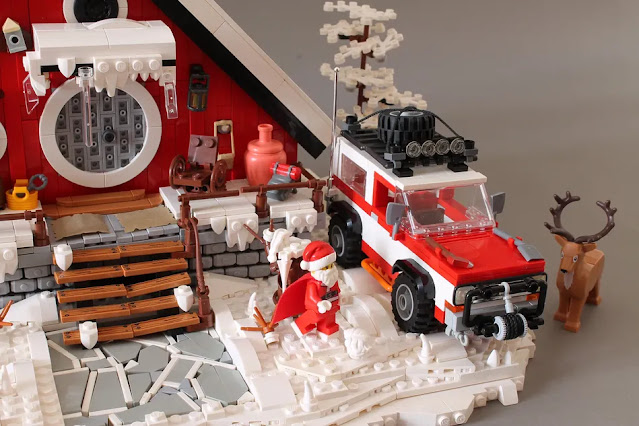 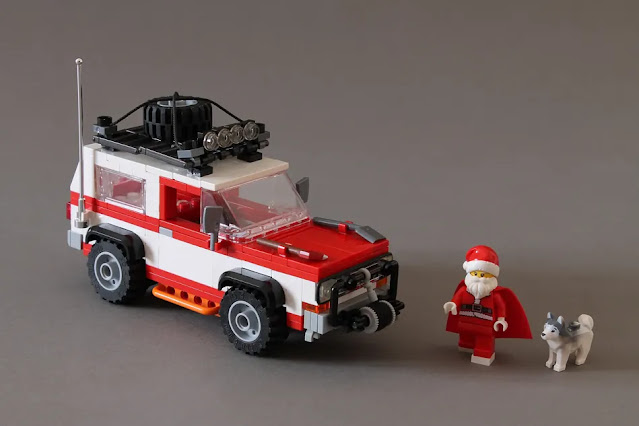 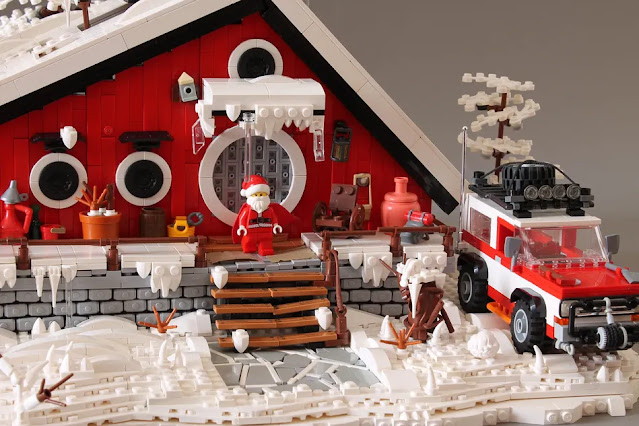 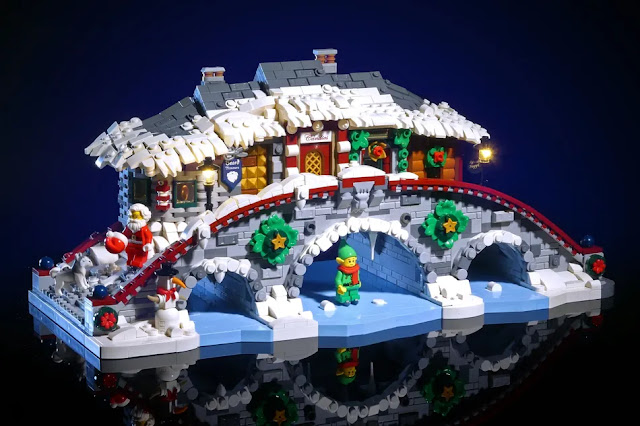 Somewhere on the immense North Pole, there’s a bridge over a frozen river, in which a group of Elves have built tiny houses. The best hairdresser in the North Pole works here: the well known ‘Beard Trimmers’! There’s a candies and cookies shop, and you can also find any reindeer supplies. Santa and his reindeers visit this magical village quite often all over the year, especially in the last week of December, trying to fill all their needings for the most important day of the year.
About The Project
Last month I had a dream in which I was walking across an endless stoney bridge. On this bridge, there were abandoned houses that I was leaving behind without worrying about what might be inside. What is the meaning of this type of dream? I don’t know, maybe my psychologist could give me some hint on it… But, I kept that idea in my mind. Some days later, with Christmas season coming, I thought of using this idea of a village over a bridge in a festive and magical way. Then I started to make some sketches…
Magical Village Over The Bridge
I’ve created this model with real LEGO pieces and as I did with my previous project (The Meeting Point) I've used the computer just to create some structural parts of the design and to check out a bit of the colour scheme. For the physical build, I've used pieces from my own collection, some cups of the Pick a Brick wall in my LEGO store and a few Bricklink orders. I’ve made the final photographs of the model in my own studio.
This set consists of approximately 2,100 pieces and includes 3 minifigures. Some printed parts / stickers are suggested.
>>> 10'000 supporters can make this project a real LEGO set, so hit the SUPPORT button! <<<
Thanks in advance for your support! 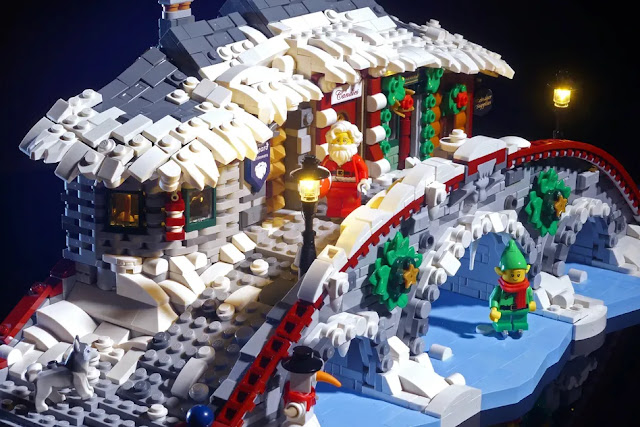 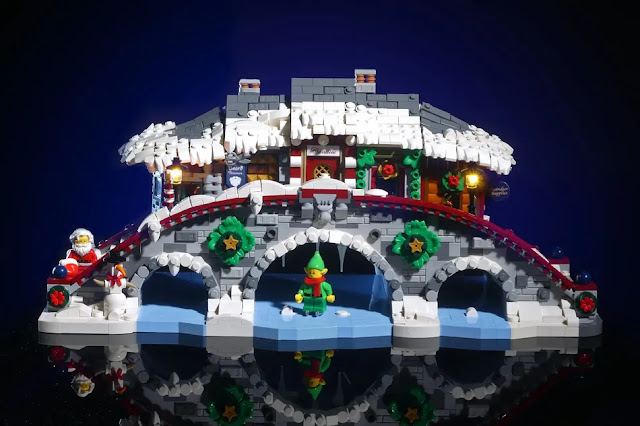 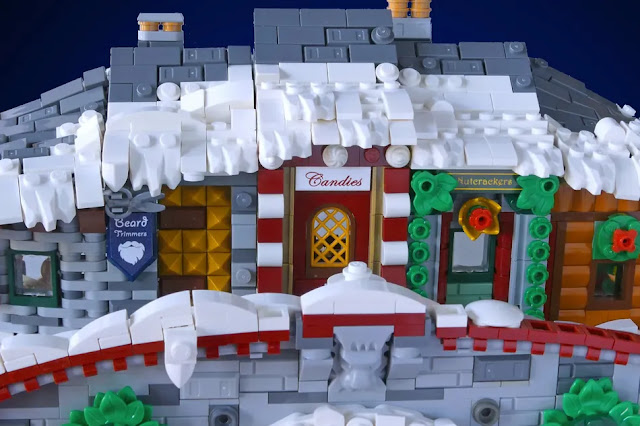 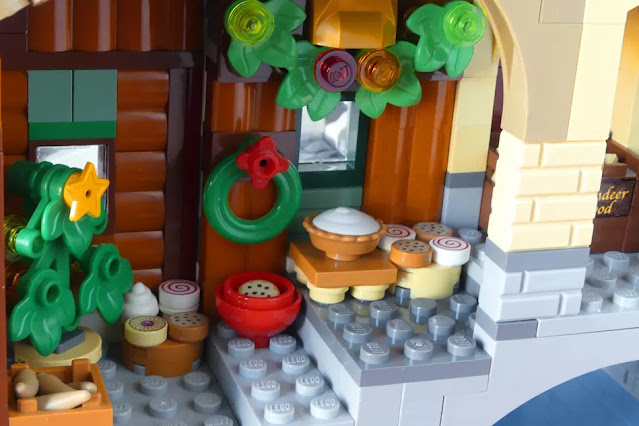 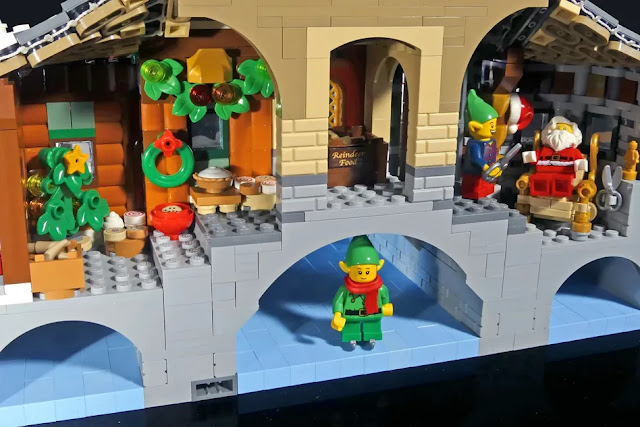 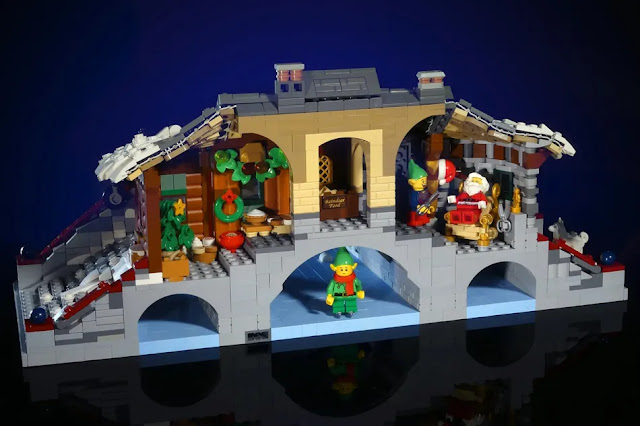 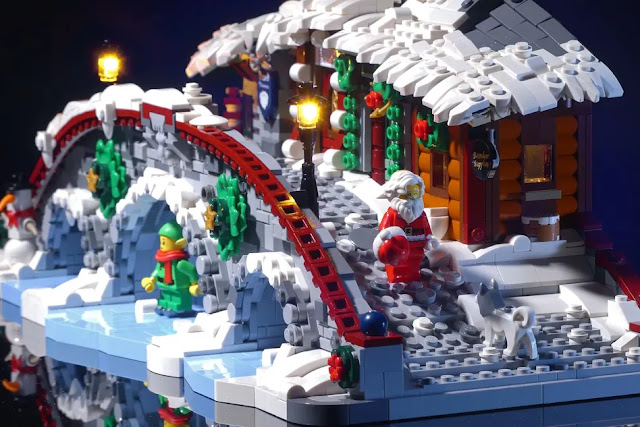 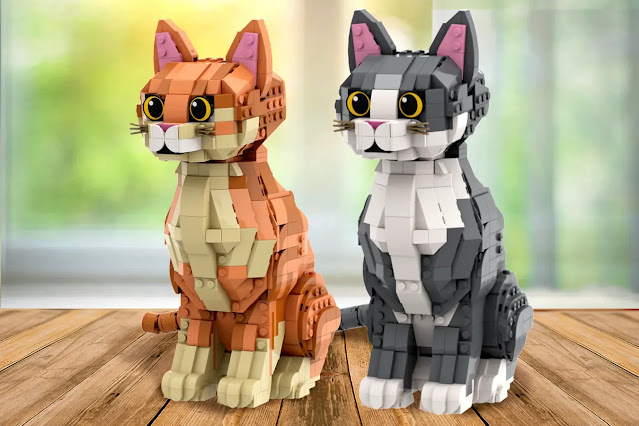 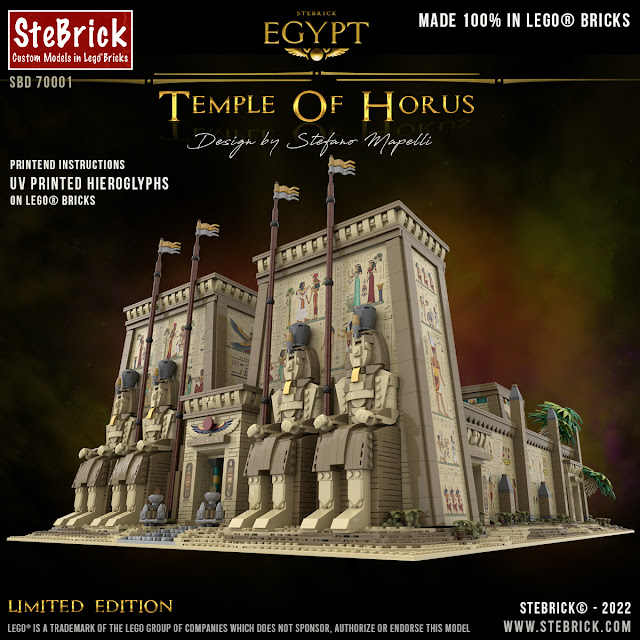 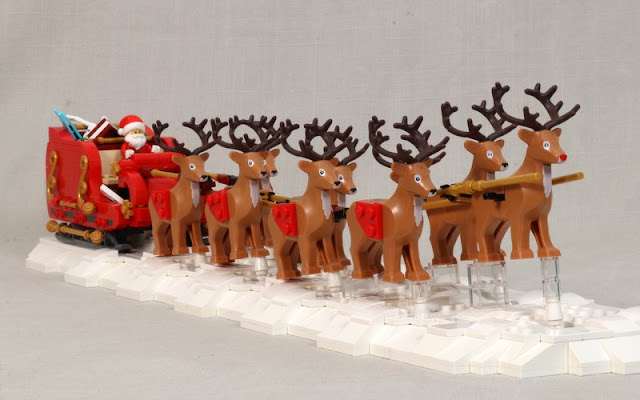